One of the most prized tone woods of all time, Brazilian rosewood is now rare and tightly controlled on the world market. The heartwood is shades of dark brown with noticeable black streaks, and the sapwood is white. The wood looks and feels oily or waxy. It is mostly straight grain with medium to coarse texture, a slight luster and a rose-like fragrance when worked. 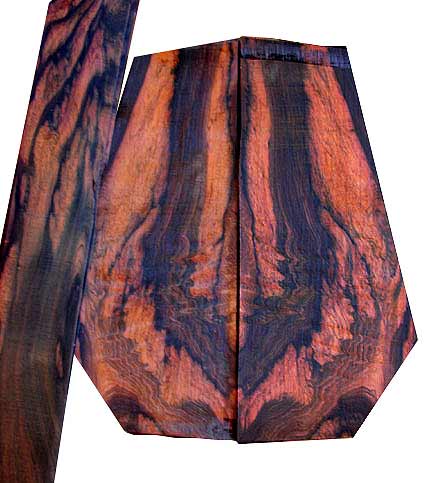 Camatillo’s grain is on the wild side’ -much like some of the cocobolo and Honduran Rosewood which grows in the same region. Straight grain (even on the sides) is rare; furthermore, there are small solid pin knots -and, once again, the wood is purple!! The black ink lines are dramatic and the majority of the back sets have clean sapwood centers. If you don’t want sapwood in the center, please let us know. Tonally this wood’s tap tone is as close to quality Brazilian rosewood as we’ve come across. Though it is not quite as oily as Cocobolo, the same care should be used when gluing. Bending the sides is not especially difficult even though the grain is swirly. Reports are that the purple color does not oxidize immediately (though this has not be substantiated). 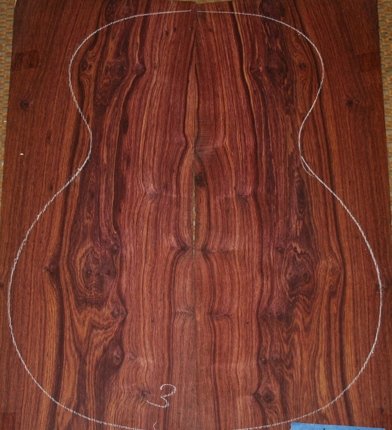 Cocobolo Rosewood grows in southern Mexico and Central America. It’s a beautiful wood, which when freshly cut shows bright yellow and orange-red colors. over time it oxidizes to a rich brown-red color with black streaks. It is probably as close to Brazilian Rosewood in beauty and tonal qualities as any wood. 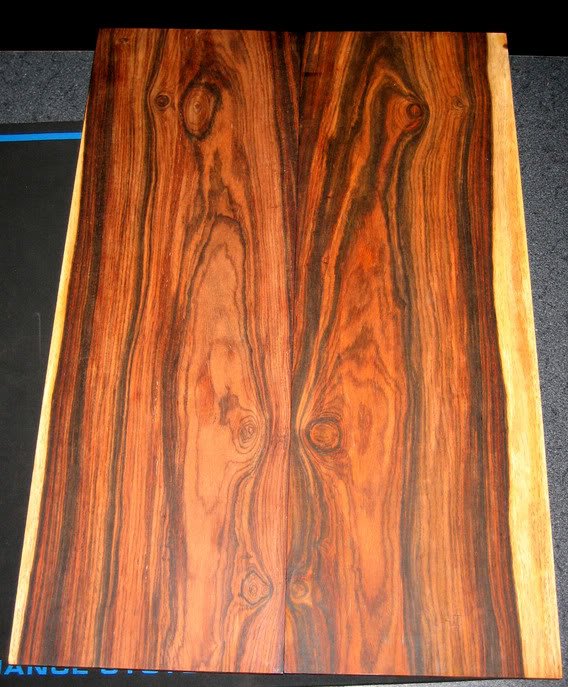 Engelmann Spruce has continued to grow in popularity. Many better-known makers now use Engelmann in lieu of German Spruce since good Engelmann has many of the traits desirable in a good German top and it is more economical. In appearance, it is like German Spruce, but unlike German Spruce, it seems to be more uniform consistency. The tops are often more homogeneous looking with the early and late growth rings being less distinct than those of Sitka. Like German Spruce, Engelmann has a beautiful Ivory sheen and occasionally shows some pink streaking. It is also similar to German Spruce in workability. Softer than German Spruce, it must be cared for as one cares for Cedar, (i.e., keep a clean workbench). It’s also a top wood that is better to glue up a little thicker than normal as glue line can be more apparent with Engelmann than other top woods. 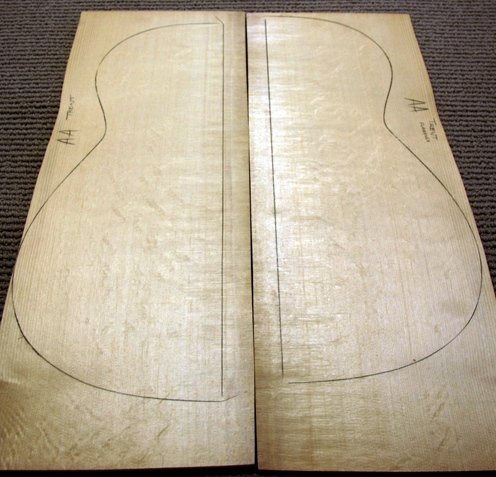 “German Spruce” is a common term for Spruce coming from Europe, but it is not really accurate. Guitar grade Spruce has not come out of Germany for many years now, with the best material coming from the former Yugoslavia region. when you order German Spruce from LMI, you can expect the excellent, slightly golden colored tonewood that has been the staple of the bowed instrument world, and a favorite among high-end steel-string and classical guitar builders for years. 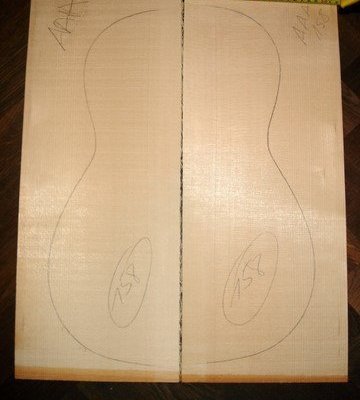 Initially, Indian Rosewood grew to prominence with the departure of Brazilian Rosewood as a viable, available, affordable (and legal) tonewood. It is now considered a welcome staple among high-end guitar builders who are pleased with Indian Rosewood’s remarkable consistency, beauty, tonality, and workability. It surpassed nearly every commercially available tonewood on each of these counts and its desirability in the instrument marketplace is solid and reliable. The vast majority of the higher quality steel string and classical guitars made over the last thirty years have been made in Indian Rosewood. Even many of the top classical guitar markers – Romanillos, Fleta, Friderich, Gilbert – prefer it to Brazilian Rosewood. 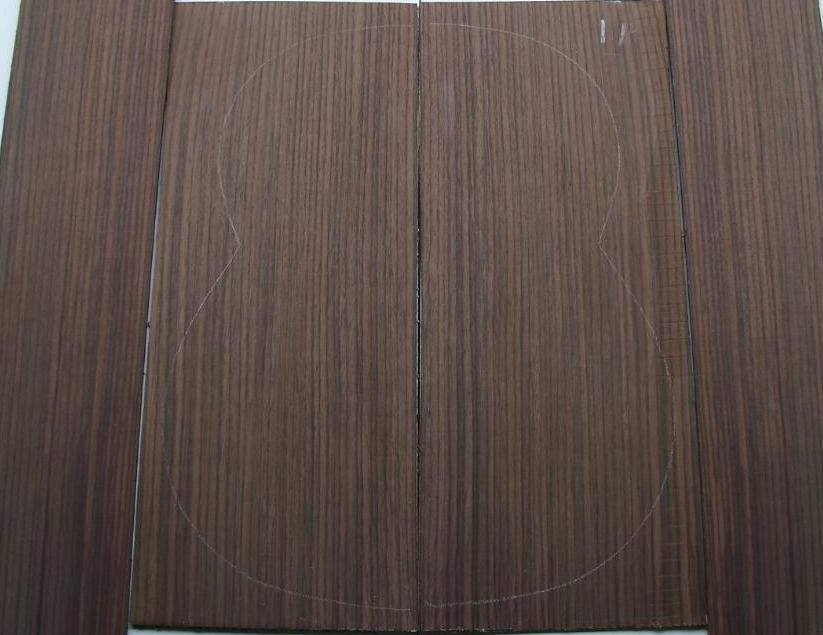 Maple is the traditional wood for instruments of the violin family and is well known for its use in both carved and flat black instruments. It is prized for its figure. The figure can be “curly” or “flamed” wood exhibiting the tight even curls of “fiddle back” figure, as well as “birds-eye” and “quilted” figure. (Curly figure is most prominent on quatersawn surfaces, while “birds-eye” and quilted show best on flat-sawn faces.) 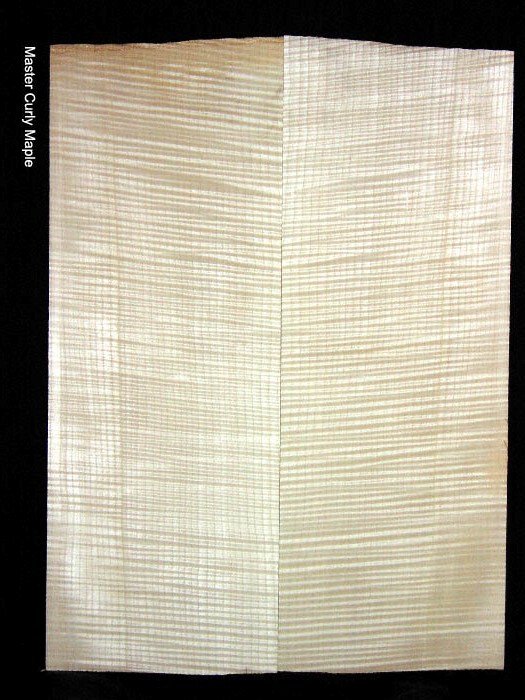 Monterey Cypress is a close cousin to Spanish Cypress. The hues have a pinkish tone, but the overall appearance is one of a creamy luster. We’ve offered this for years as a reasonably priced alternative to Spanish Cypress. It’s a little stronger than Spanish cypress, works nicely, glues and finishes well, and from all reports is indistinguishable from Spanish Cypress in terms of sound production. First grade is as nice as the material gets, no knots, ect. Second-grade sets may have a knot or two, perhaps a blemish, and thus is more “flamenco” in character. 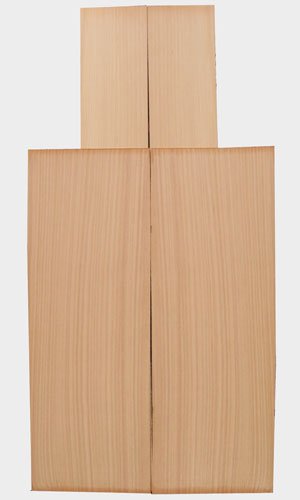 Ovangkol has been in use by several of the larger high-end factories, most notably Taylor, Lowden and Avalon. Its affordability, beauty and tonality has made it a favorite with a growing number of hand makers. The figure is a similar to Indian Rosewood, with dark grey straight lines over a golden-brown or olive-brown background. It comes from the same family as Bubinga and has a similar interlocking grain pattern. It is a reasonably easy to plane and finishes well. 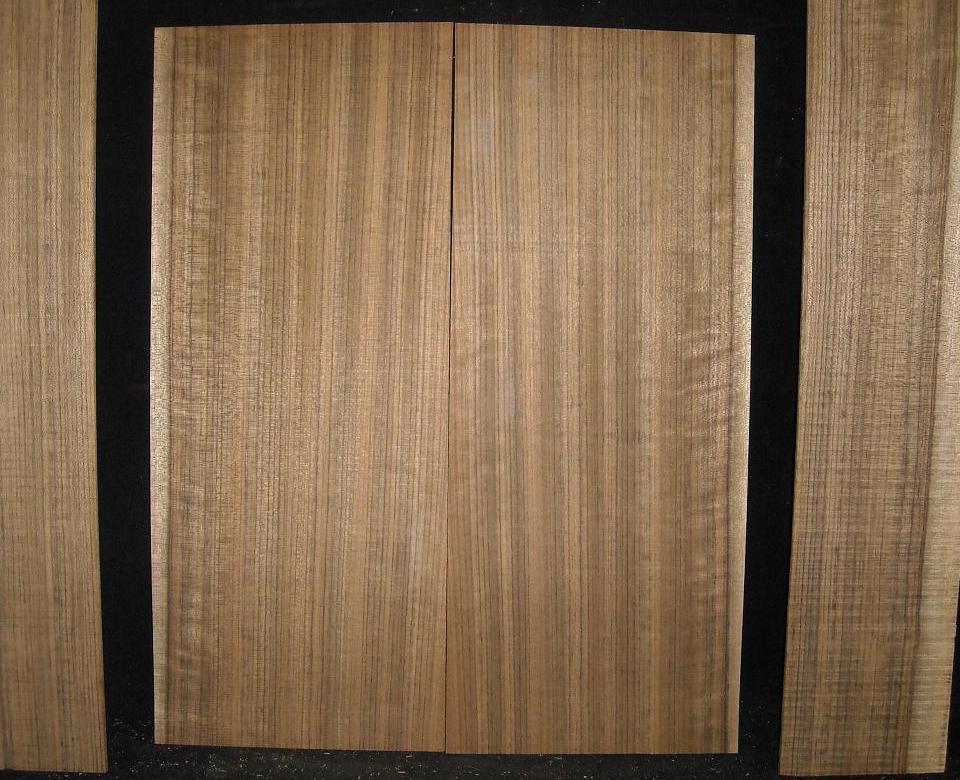 Palo Escrito is the premiere native black and side wood used by the luthiers in Paracho, Mexico. It is a true Rosewood but differs from Indian Rosewood visually with slightly wider grain, more figure, and lighter color. 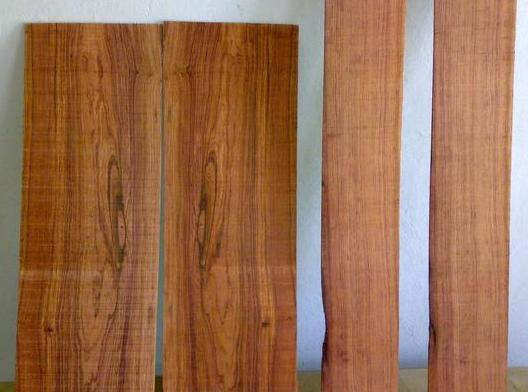 Western Redcedar has continued to gain in popularity, especially among classical guitar makers. Today many high-quality nylon string guitars are made with Cedar. Cedar is softer and neither as strong nor as elastic as Spruce, but it is more stable when dealing with changes in moisture content. It is liked for its warm color, straight grain, and clear crisp tap tone. the color ranges from light to reddish to chocolate brown. Interesting color variations and streaking available in A and AA grade tops. 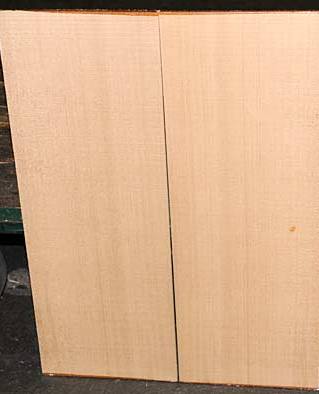 Spanish Cypress might be more accurately called Mediterranean Cypress than Spanish, as it was introduced to Spain centuries ago, from Asia Minor. Most flamenco makers prefer this traditional wood, but it’s becoming scarce and expensive. It has been used since the 16th century for all kinds of musical instruments including lute ribs and harpsichord soundboards. Most of our Spanish Cypress comes out of Italy and Turkey. Spanish Cypress has a creamy-yellowish color with occasional strong late growth lines. It can be a little difficult to bend, but works well overall and is quite stable if the wood is reasonably well quatersawn. 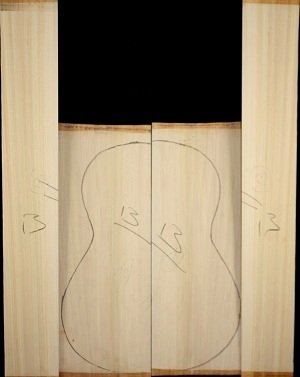